The DVF Corporation is an engineering and manufacturing company dedicated to problem-solving. DVF has provided technical and fabrication solutions to industrial and Department of Defense clients for more than twenty years. Their capabilities include engineering studies, prototyping, light production and custom manufactured solutions. The company is located in Hagerstown, MD and specializes in robotics, automation and manufacturing solutions to support their client base.

Like many manufacturers, DVF Corporation continues to struggle to find, recruit and train individuals to work in their facility, particularly in high skilled and technical positions. As a custom engineering and manufacturing shop located in a more rural area of the State, DVF had identified the need to hire qualified producing technicians and machinists to work in the manufacturing facility. Having tried multiple recruiting methods and tools, DVF realized that it was time to do something pro-active to help change the image of manufacturing and educate parents, teachers and students enabling the creation of a pipeline of future talent in the area.

In an effort to help educate the community on the importance of manufacturing and help drive change into the overall image and perception of manufacturing DVF partnered with MD MEP, part of the MEP National Network™, to feature DVF and Kevin Koontz as part of Maryland MEP’s Faces of Maryland Manufacturing series. (DVF and MD MEP previously worked together on an apprenticeship program that led to Kevin’s extremely successful hiring.) Kevin, a self-proclaimed “country boy” who grew up in Hagerstown, knew that he was a better fit for an industrial occupation where he could work with his hands, learn in an engaging and challenging environment and contribute to producing something. Through this Faces of Manufacturing series and video, MD MEP was able to tell this story and reach several thousand viewers including parents, students, educators and potential manufacturing workers. DVF is hopeful that the video and the Faces of Manufacturing will help position their organization to attract new and talented workers into careers in manufacturing and open the door of opportunity for workers into the future. 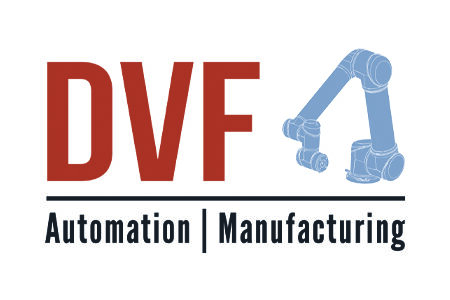 "I hope that my story can inspire young kids, adults and others to better understand manufacturing and pursue jobs like mine. What is inspiring about my story is to see some "country boy" like me who grew up in the "sticks" accomplish so much, maybe that can be motivation to others and we can change the way people think about jobs in manufacturing."

<< Back to Case Studies

Get the latest MD MEP news, upcoming trainings and events, and Maryland manufacturing information delivered right to your inbox.